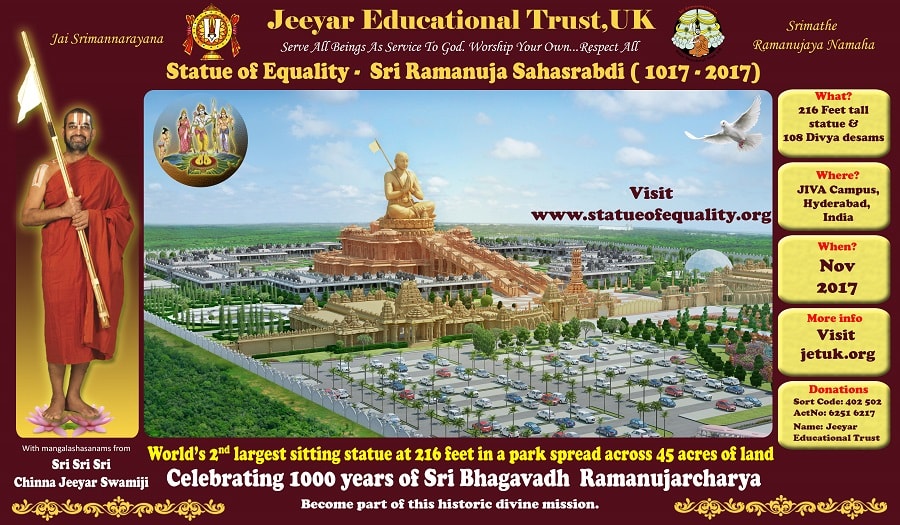 In order to celebrate 1000th birth anniversary of Acharya and as a mark of gratitude His Holiness Chinna Jeeyar Swamiji is constructing a statue of Bhagawad Ramanujacharya Swami. The Statue of Equality is being built over 50 acres of land in Samshabad in the outskirts of Hyderabad.

[accordion title=’How can you become part of Historic Moment?’] 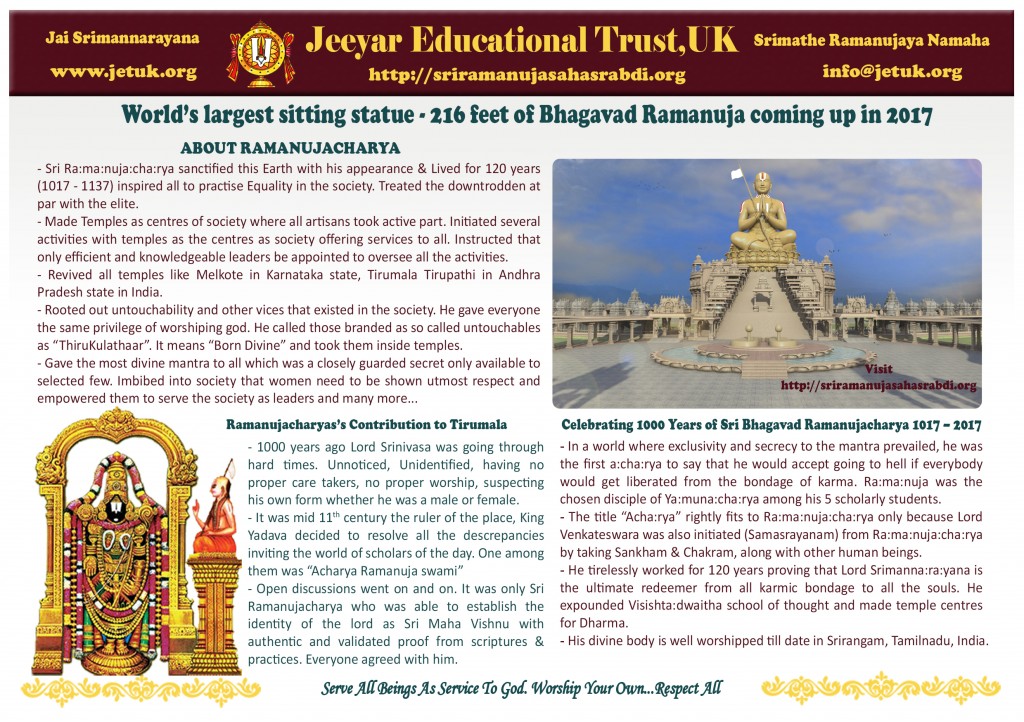 Towering over Staue of Liberty – Sri Ramanuja Sahasrabdi May 16, 2016