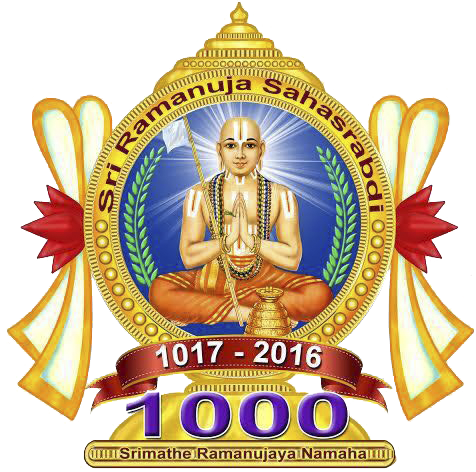 Dear Bhagavad Bandhus!
“Gurudev! If my act of disclosing the sacred Mantra redeems the sins and sufferings of the entire world, and I, as a result, deemed to rot in the worst of hells, am willing”. Startled Guru of Ramanujacharya embraced him at once proclaiming “em-perum-ana:re:”, which means “You have surpassed us” by carrying such a magnanimous selfless attitude towards welfare of the world. The scholars of that day thus declared Ramanuja as Emberuma:na:r.
“Why not humans, when every creature is the child of God, despite their caste, creed, colour race or gender? Every man has the right to receive the Blessings of God. Declaring thus, for the first time in human history, Ramanujacharya escorted Harijans, the down trodden, into the temple, at Melkote, Karnataka. Exemplifying himself, Sri Ramanujacharya instructed the lineage of Acharyas not to discriminate or deny any sincere truth seeker from the mantra.

The Decree of Lord Venkateswara
Sri Venkateswara, The Lord of Seven Hills himself having accepted Ramanujacharya as his guru, instructed the then King Ya:dava Ra:ja, “Let the divine commandant of Acharya Ramanuja, be sung in all corners of the world for all times to come” by His own words, “Ra:ma:nuja:rya Divya:jna: Vardhatha:m Abhivardhatha:m” [/boxed][/section]

Gurum Praka:saye:th Dhi:ma:n!
‘A wise should glorify his guru’, is the fiat from Vedic Scriptures. The Lord himself followed this celebrated Vedic decree by glorifying his guru Acharya Ramanuja. This speaks volumes about Sri Ramanujacharya Swamy. Thus it becomes the minimum duty of every devotee to celebrate the millennium year of Ramanujacharya Swami’s avathara, fast approaching during 2016-17. Shall we do the best as a token of our gratitude? If yes, Then, Come on! Here is a chance for everyone of us.

A Transcendental Abode is appearing for us, consisting of 216ft metal statue of Ramanujacharya Swami, called “The Statue of Equality”, including exhibitions of Ramanujacharya’s iconic life journey and 108 Divya De:sas around it. Approximate cost of this unique project is Rs. 1000cr (100Million Pounds approx). On the eve of “Akshaya Thruthi:ya”, the 2nd of May, 2014, the foundation stone has been laid for this Statue of Equality. [/boxed][/section][section background_color=”#fff” background_repeat=’repeat’ ][boxed]

HH Jeeyar Swamiji has inspired millions of youth all over the world to learn the art of SERVICE. HH educated communities to  live in harmony with the environment. With ‘Prajna’, an early educational and development program for children, HH is building a stronger future. HH discourses are profound and He incorporates examples from all subjects and walks of life enabling common man to relate even the toughest and complex Vedic principles. HH gives the quintessence of all complex, topics beyond comprehension providing it on a silver platter for any seeker to incorporate easily in one’s lives. There is rarely a person who is not swayed by the simplicity of the language and enthralled by the beauty of His diction.

In order to celebrate 1000th Birth Anniversary of Acharya and as a mark of gratitude His Holiness Chinna Jeeyar Swami is constructing a statue of Bhagavad Ramanujacharya Swami. This statue is aptly named as the Statue of Equality as Bhagavad Ramanujacharya Swami was the first Acharya to prove that all are equal before Almighty. He was the one who commanded the lineage of Gurus to give mantra to all irrespective of caste, creed, race or sex.

Come and join this divine project.

Dear Bhagavad Bandus, Here is the latest walk through video which is released on 10th May 2016 on the ocassion of 999th Tirunakshatram of Sri Bhagavad Ramanujacharya. This a unique project of its own which has several things depicting our culture and heritage.

Bird’s eye view of the project 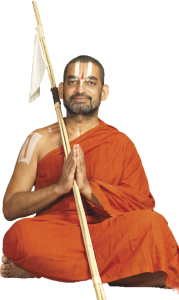 Being grateful should become our human nature when everything else is grateful. We should be unlimited thankful to the person who gave the great knowledge and sanctified this earth – It was given by the great “Ramanujacharya” who came to this earth on 1017 and lived for 120 years. He is the one who has taken the bold step of giving away of the mantra for the benefit of every one despite the curse from his guru. Ramanujacharya established the doctrine of Equality where everyone is same in front of the god 1000 years ago itself. He is the only acharya who has opened temples darshan for the down trodden people too. Such great acharya is completing millennium years by 2017 and isn’t it our gratitude and duty to do something to the great acharya? HH Sri Chinna Jeeyar swamiji has taken this initiation to carry forward his teachings and greatness for the future generations and establish world peace and help everyone to attain moksha.

[section][boxed] More details on details about each individual items and its prominence are coming soon on this page. Stay tuned here …[/boxed][/section]