Star or Nakshatra based Slokas

Home / Star or Nakshatra based Slokas

The one that protects the one who chants the name is called “Mantram”. There are 1000 such names which you can chant… that is Vishnu Sahasranamam.

In case if you don’t have time to read the entire 1000 names i.e 108 slokas atleast you can read the 4 slokas that belongs to your star. Each star has 4 padams and there are 27 stars. So total of 27 x 4 = 108 slokas. Following are the slokas which you can read based on your birth star 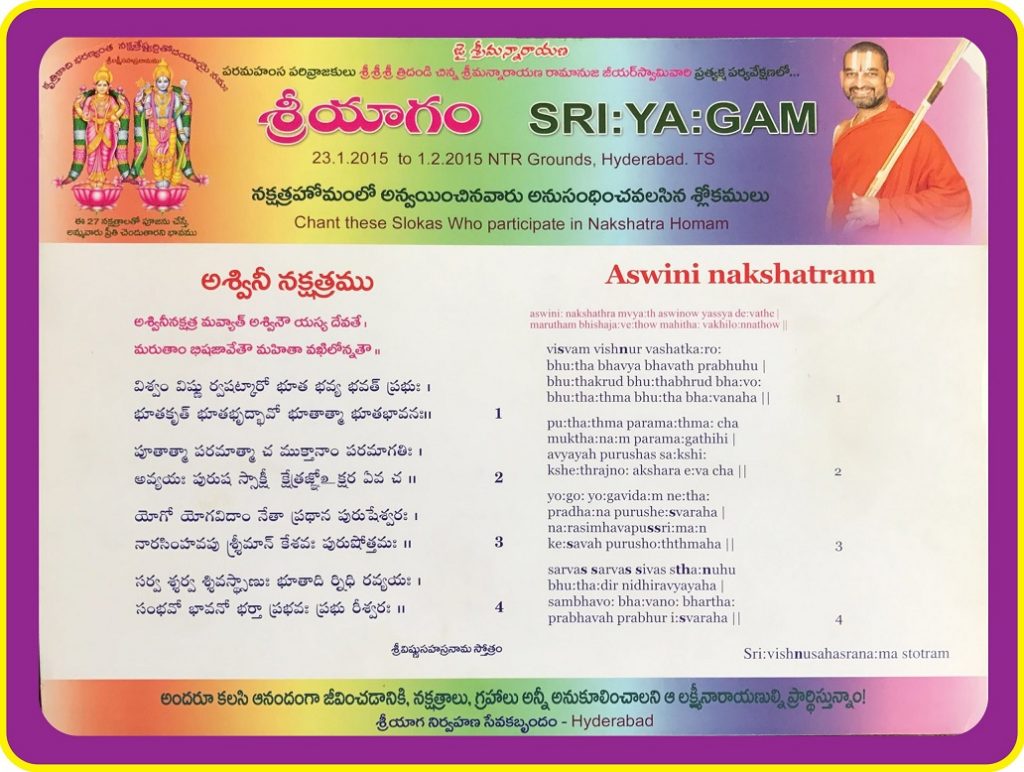 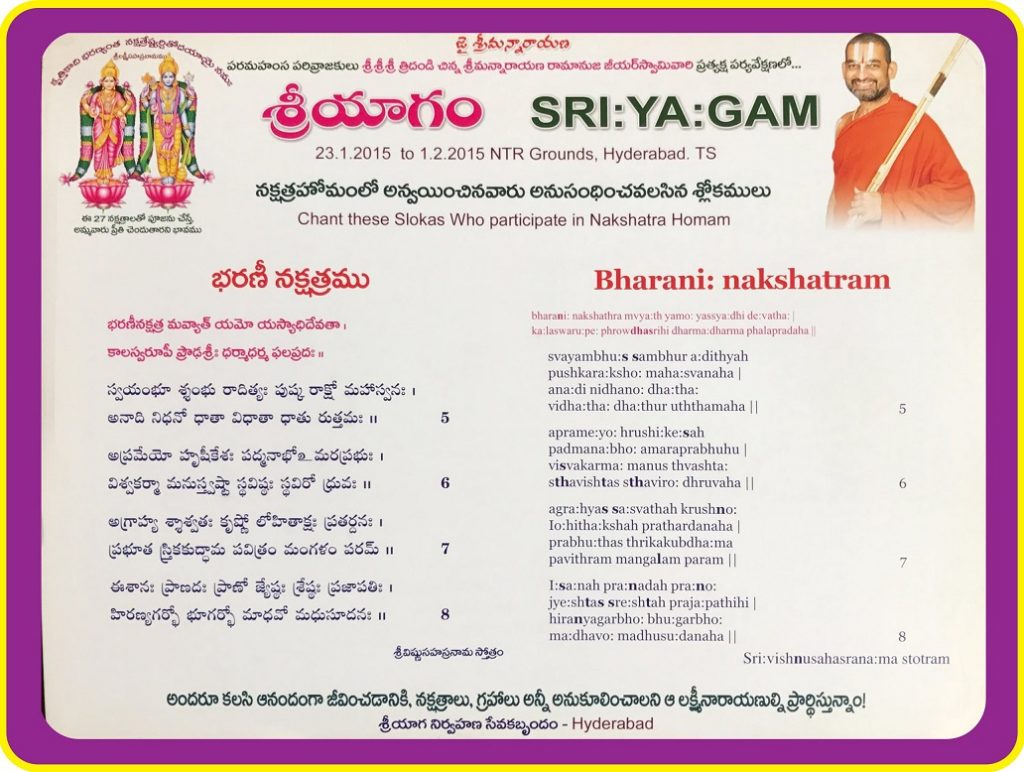 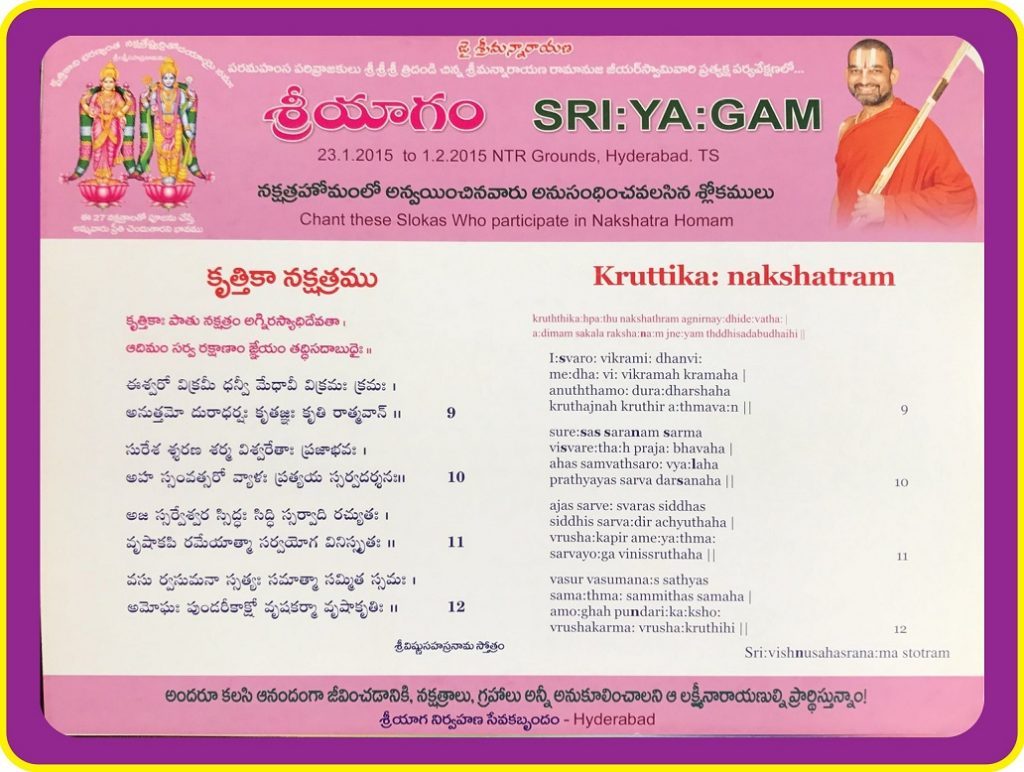 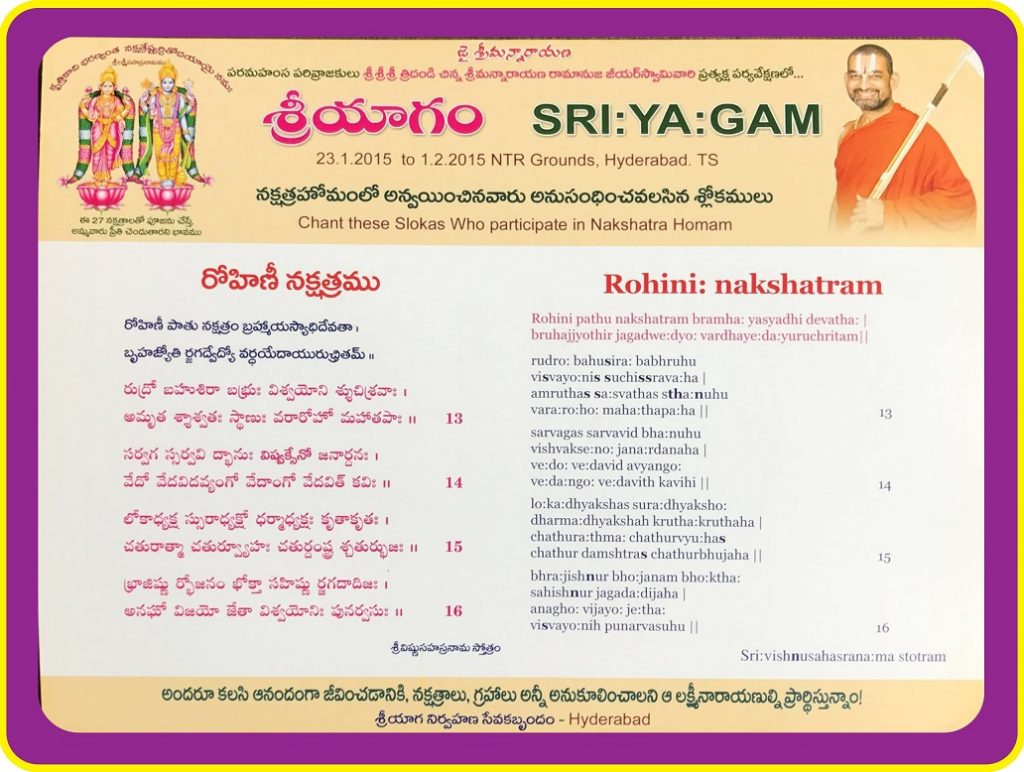 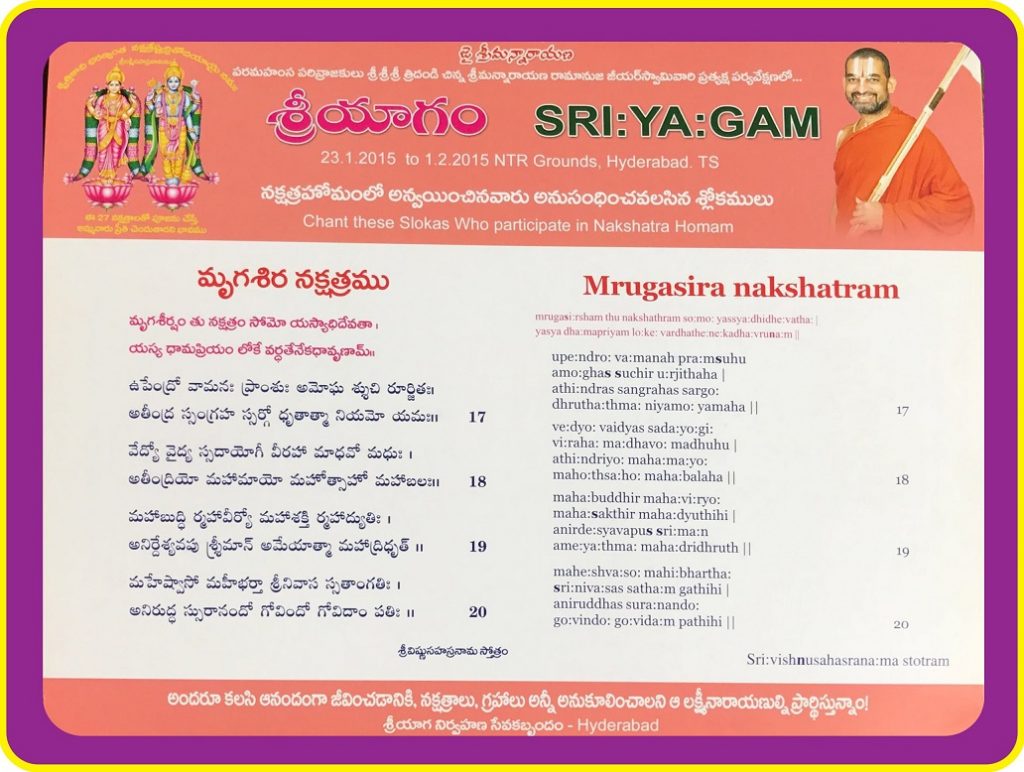 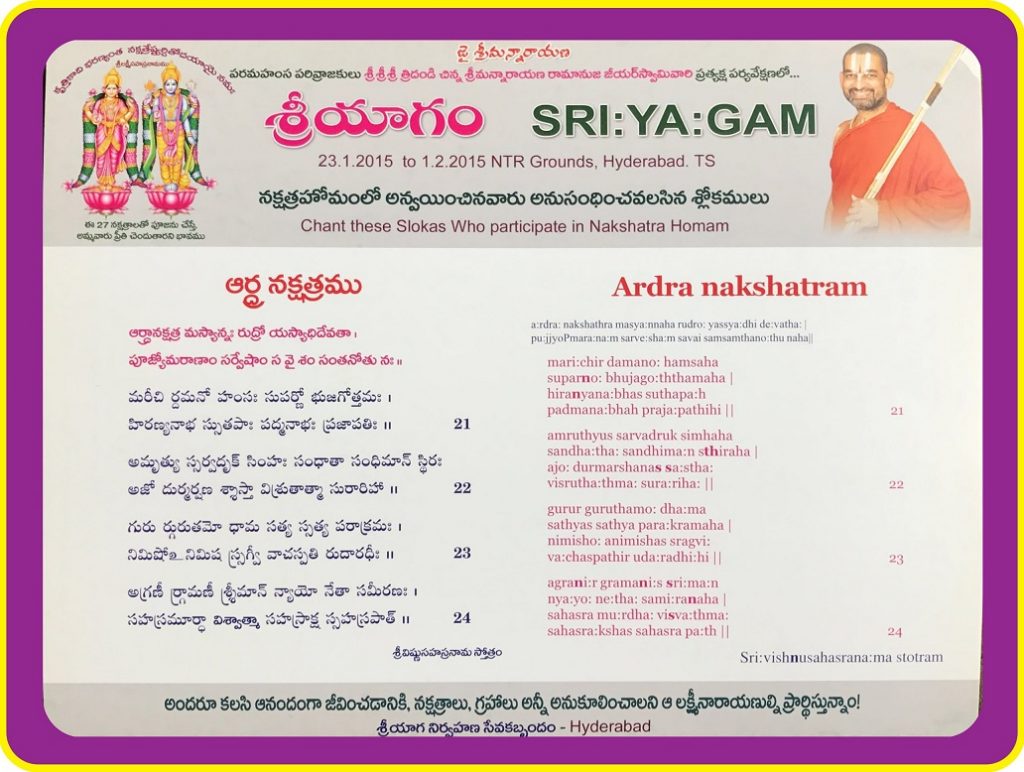 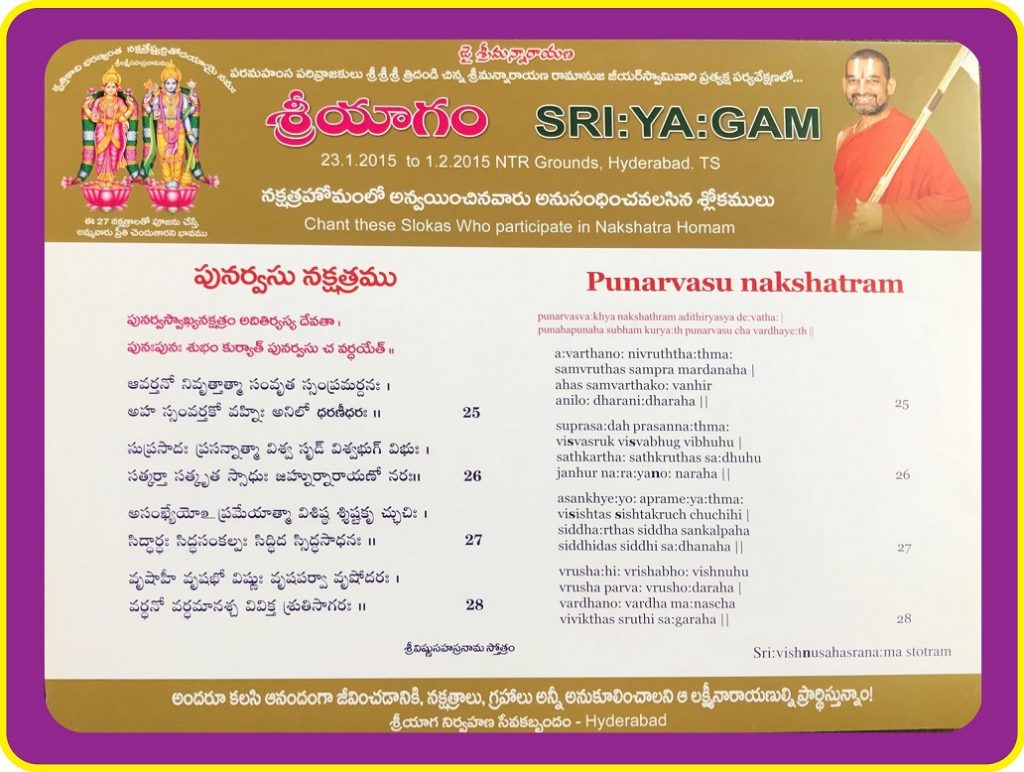 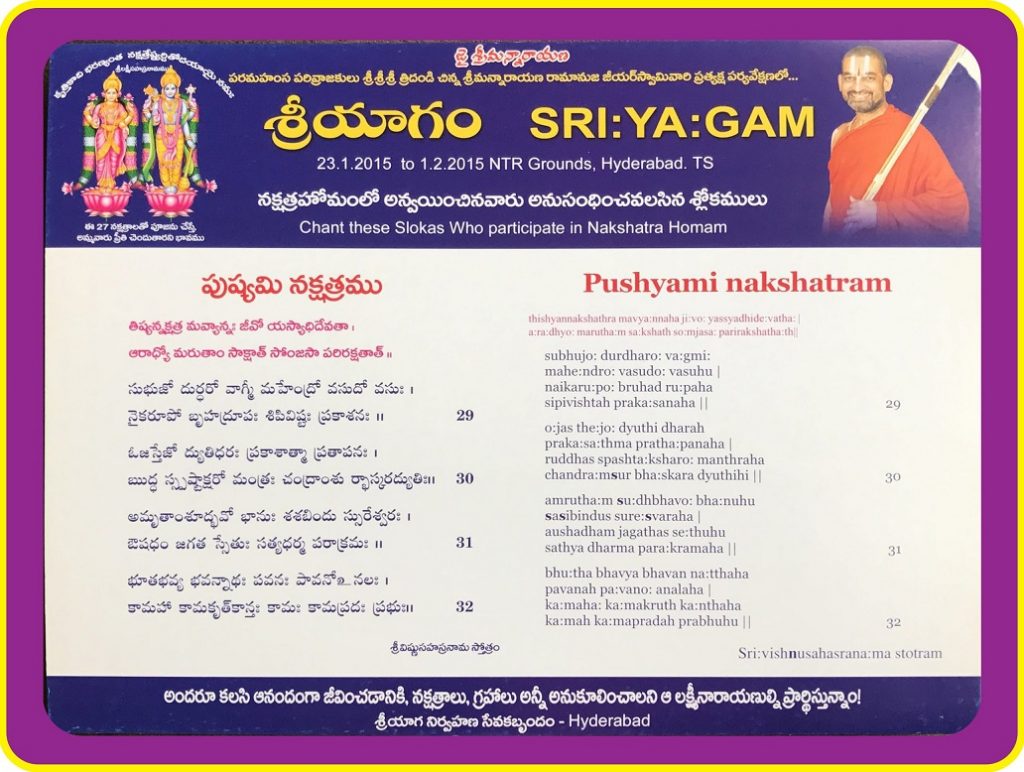 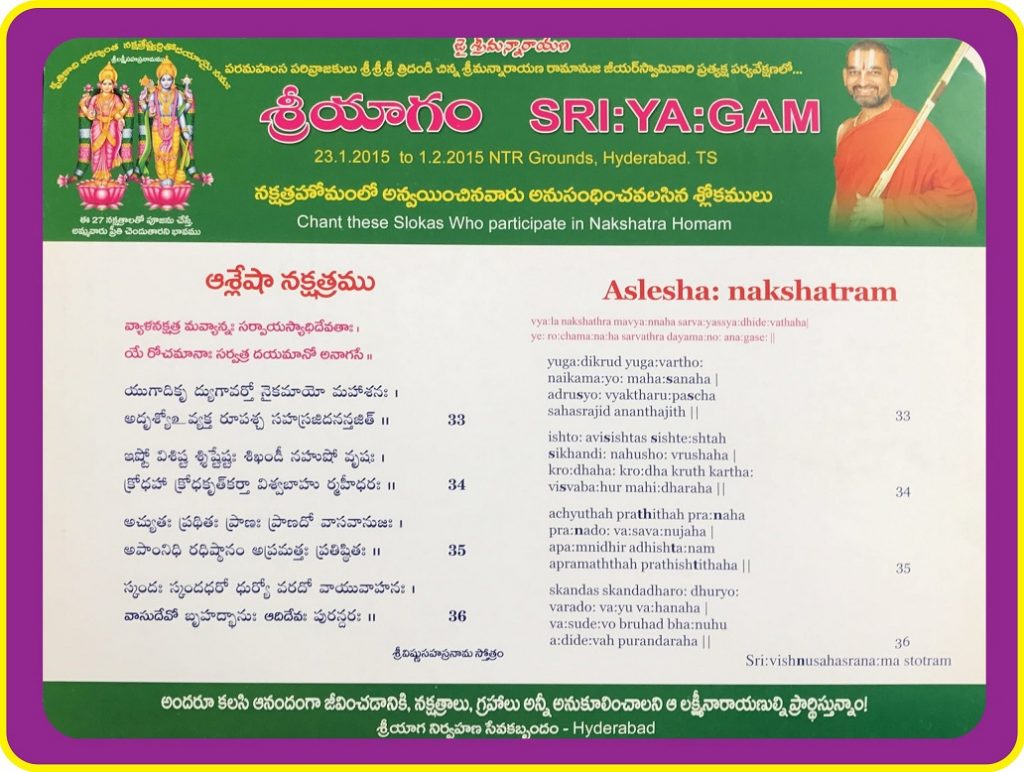 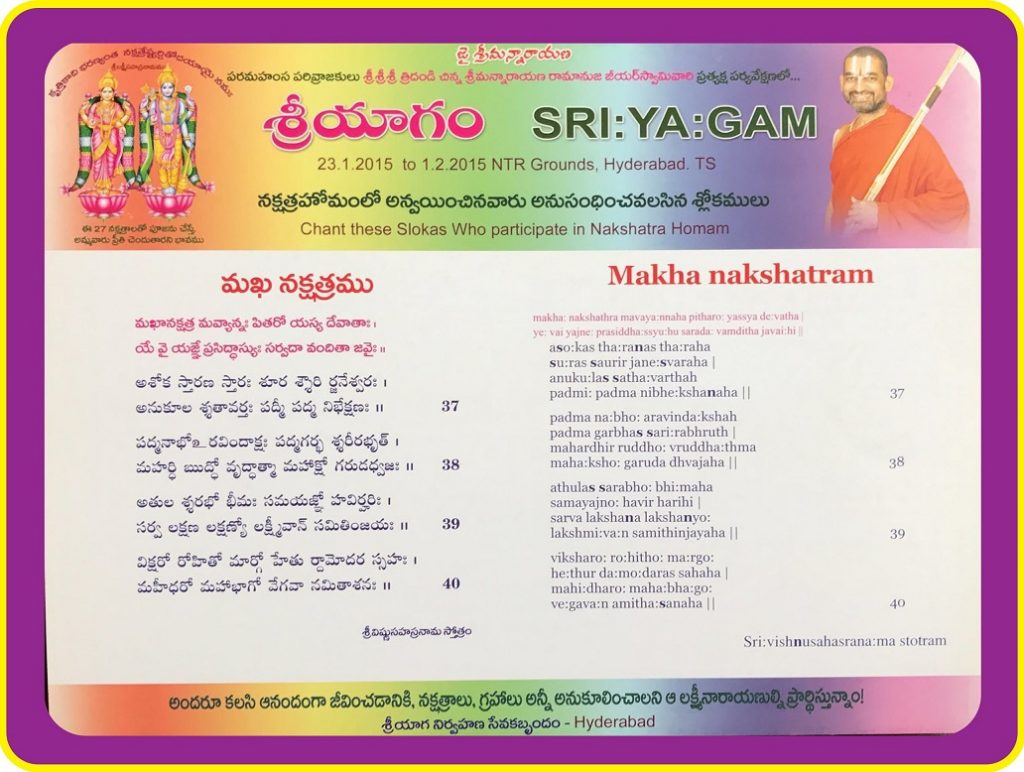 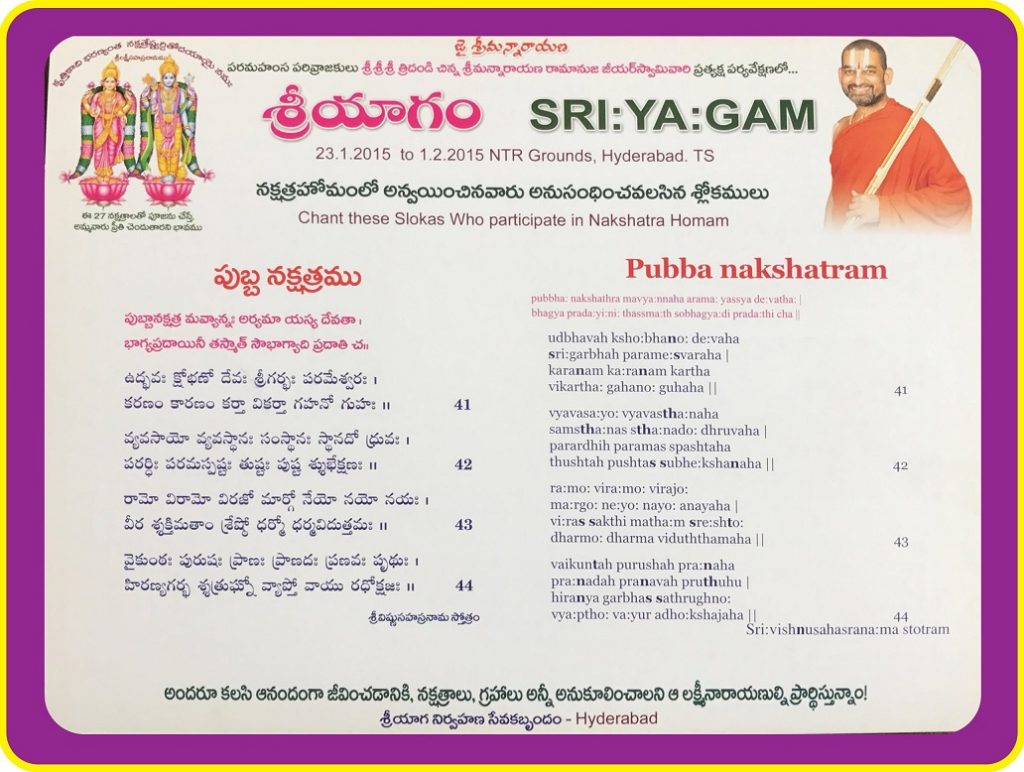 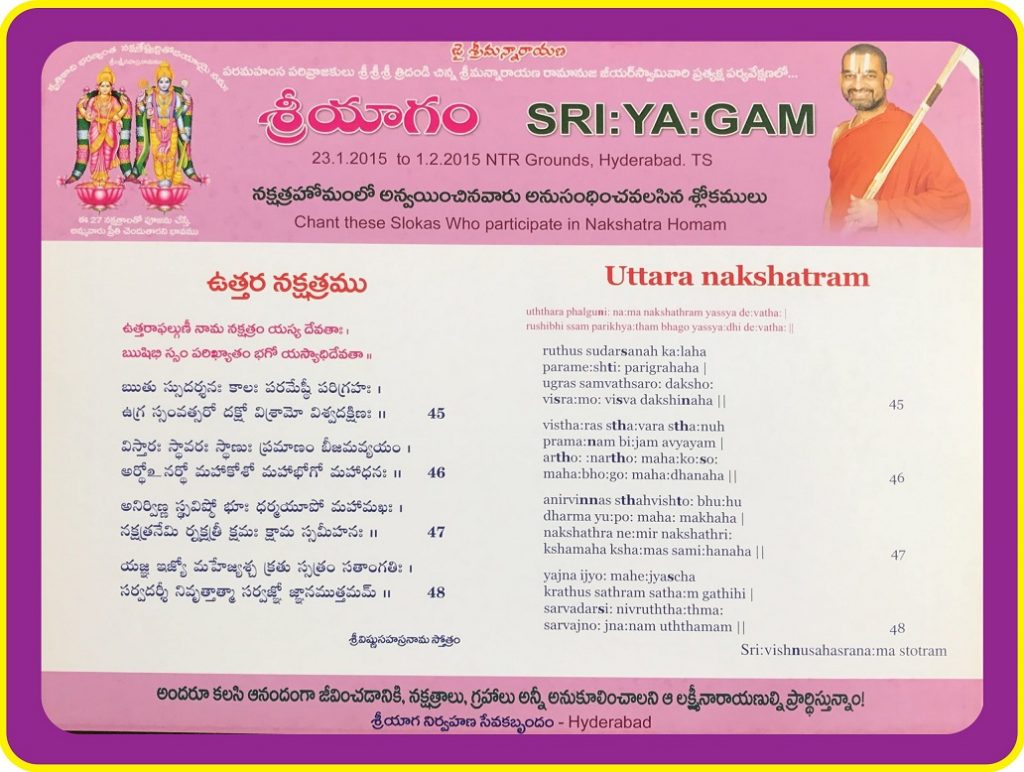 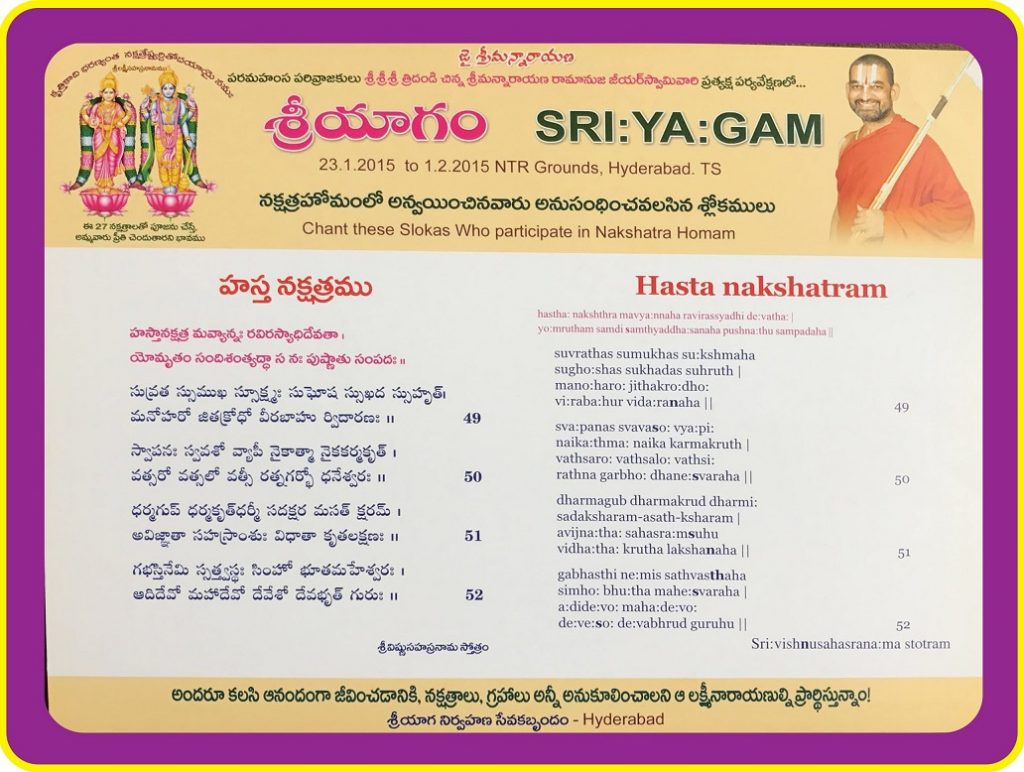 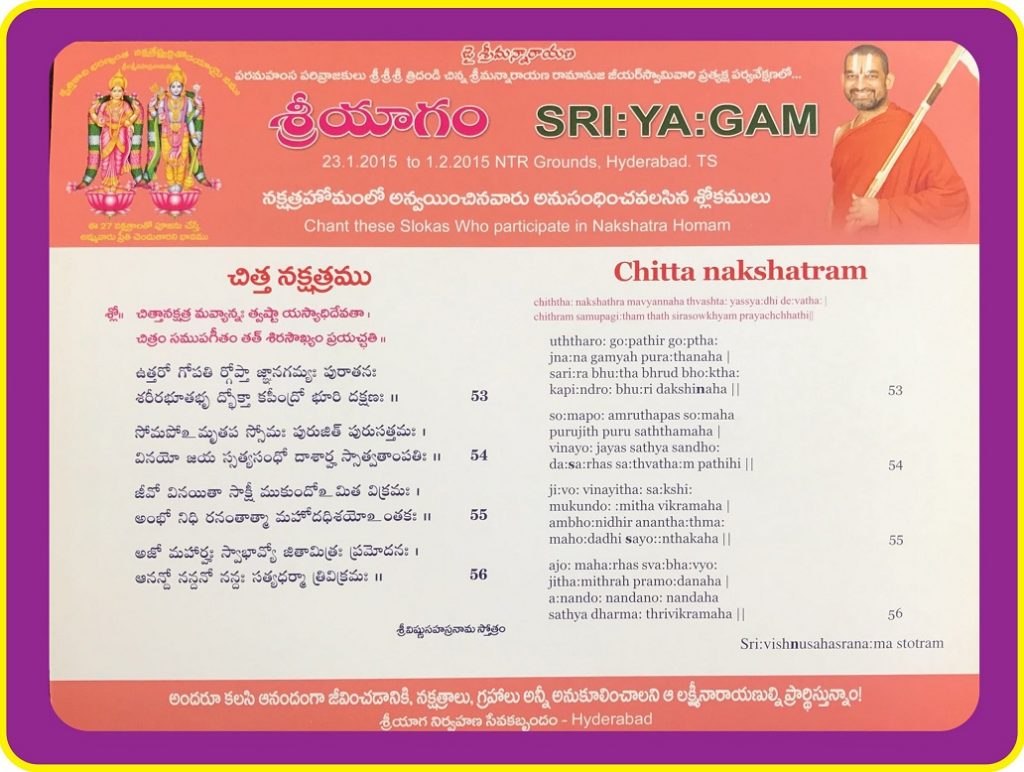 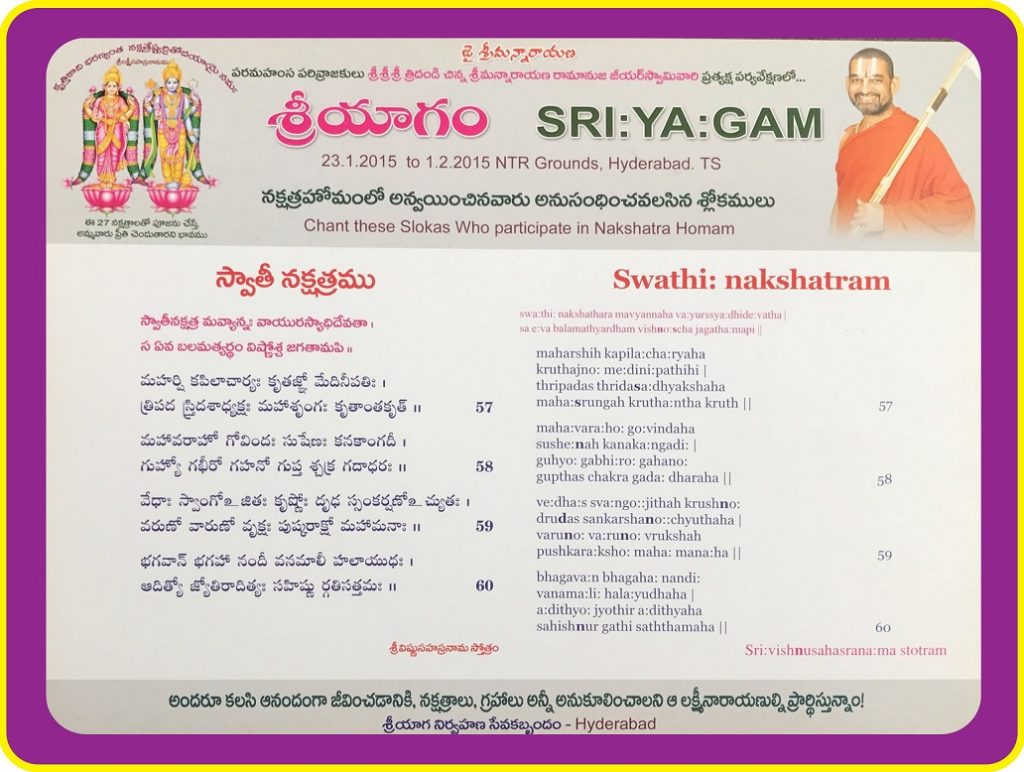 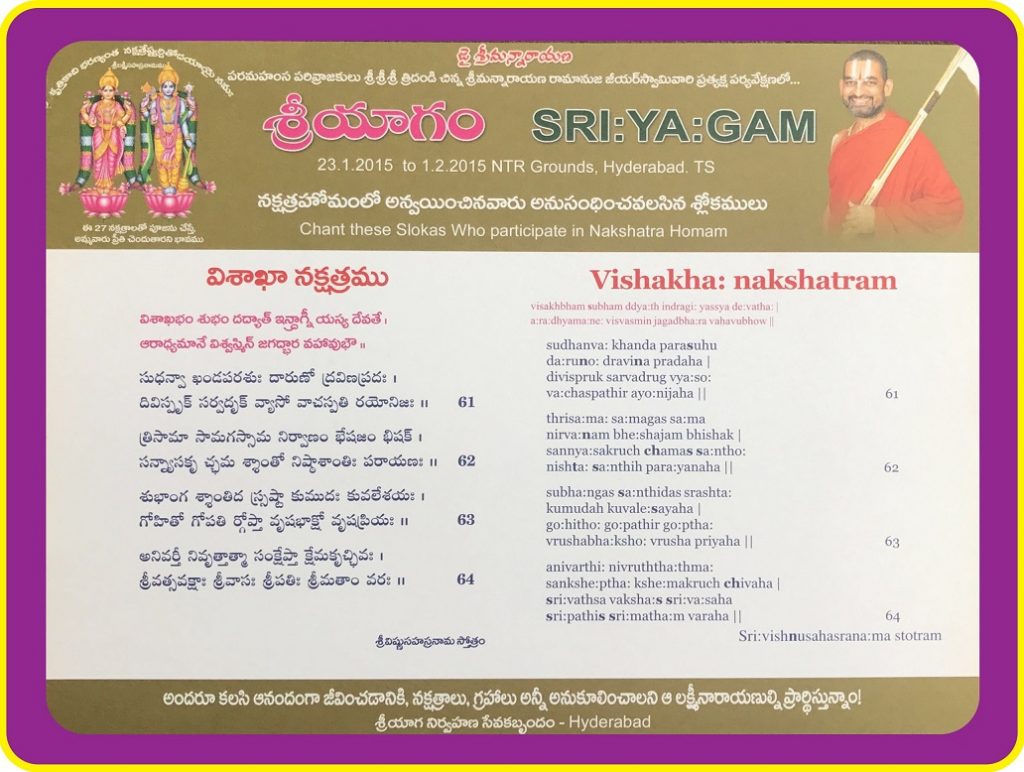 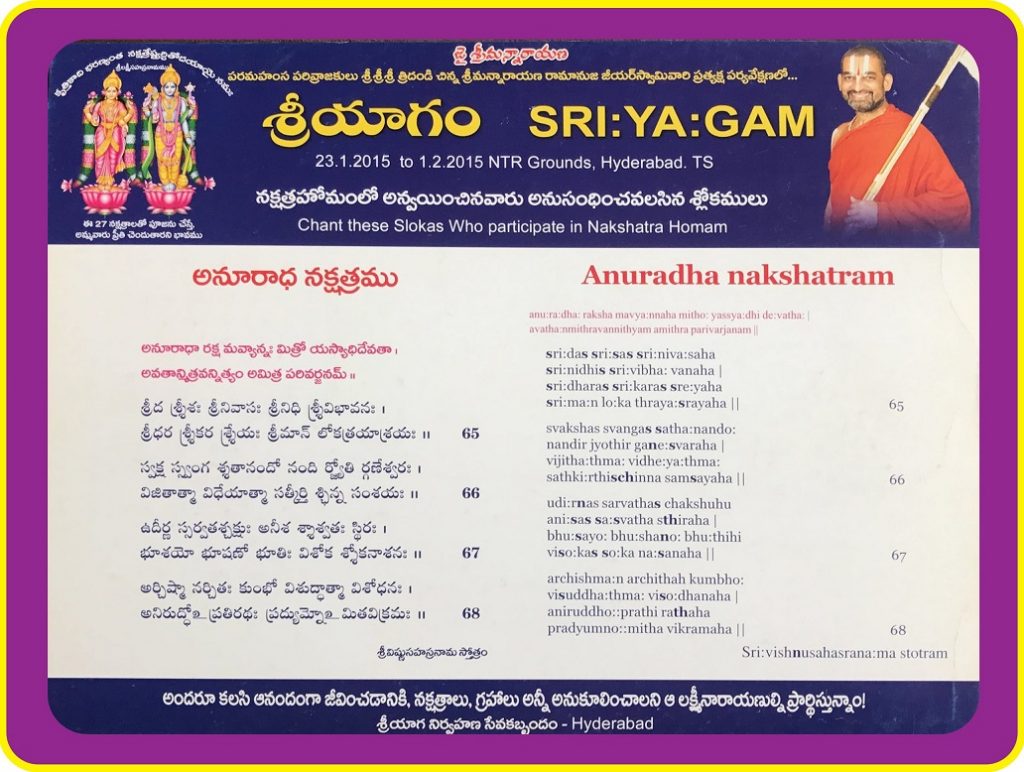 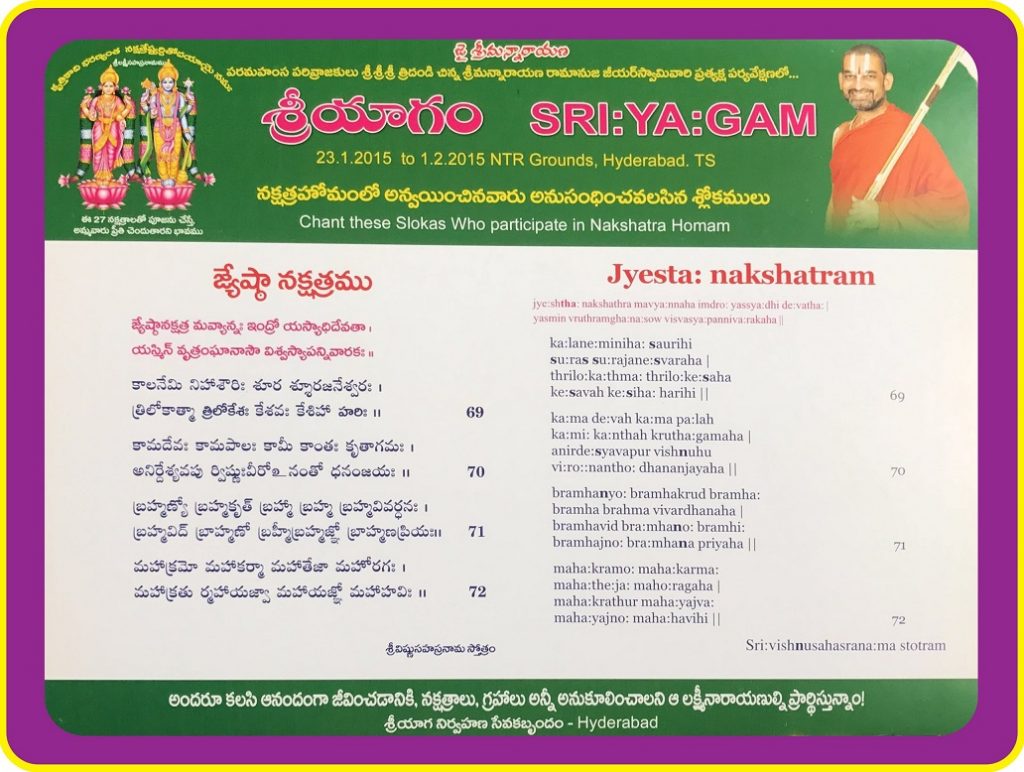 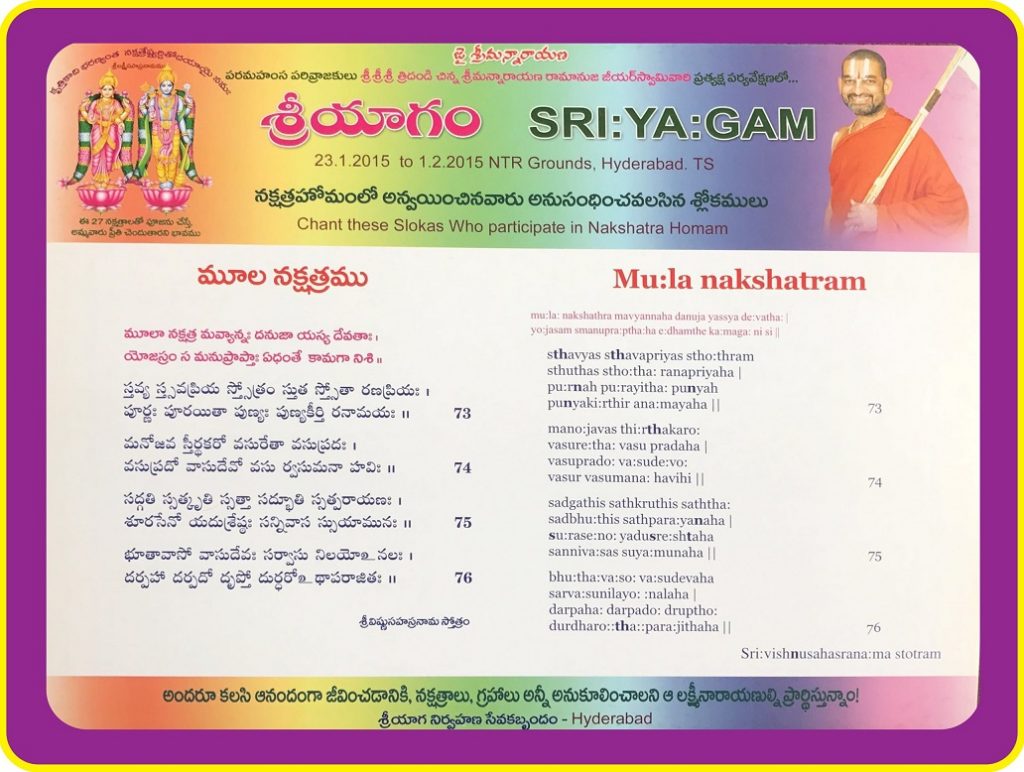 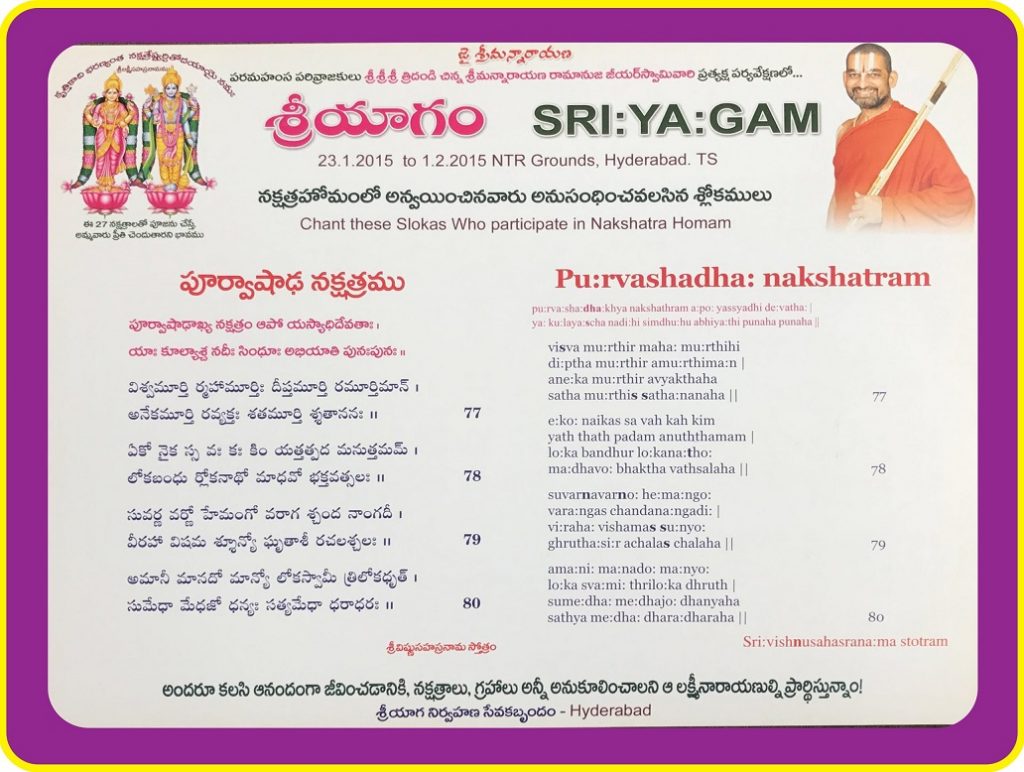 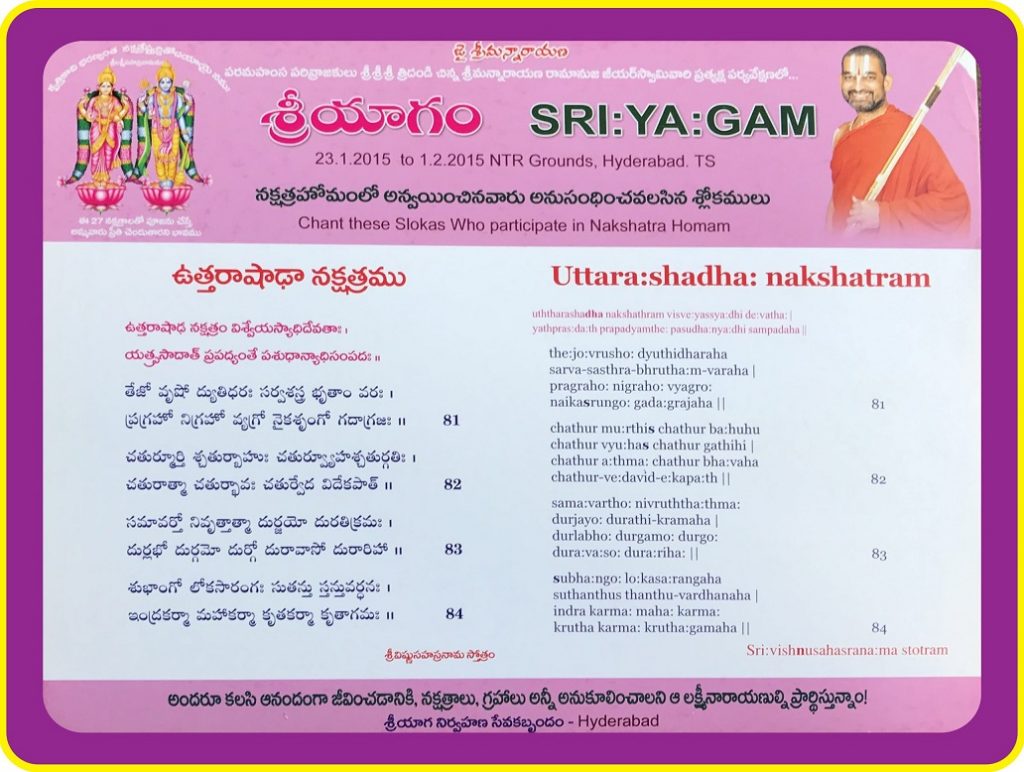 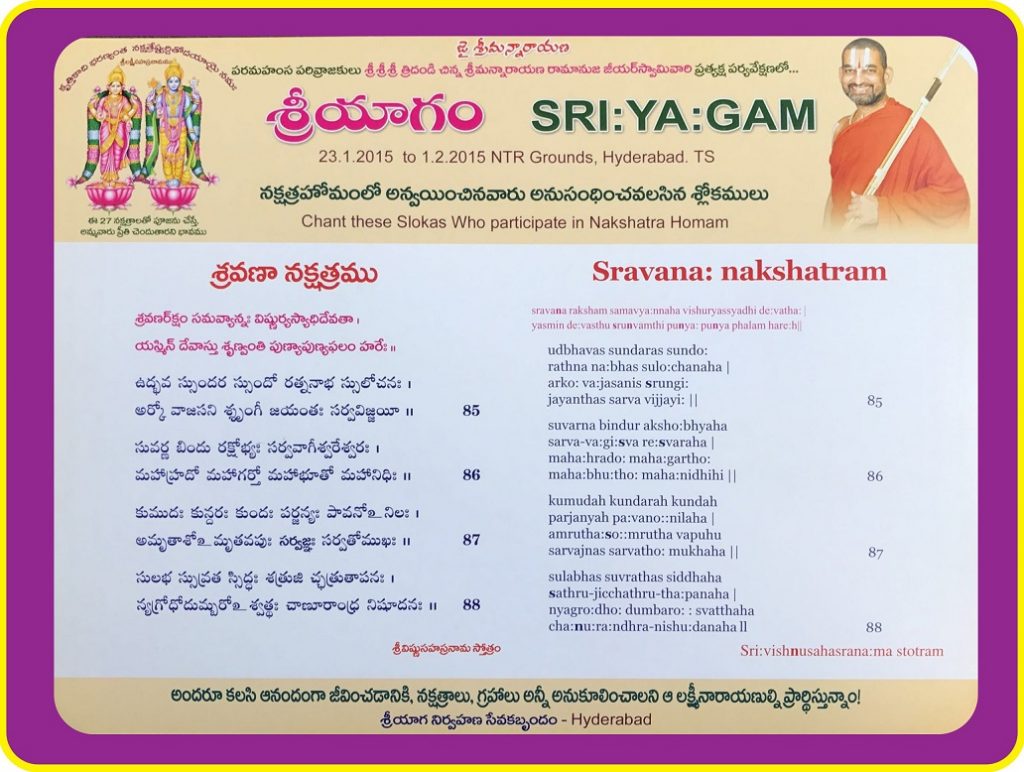 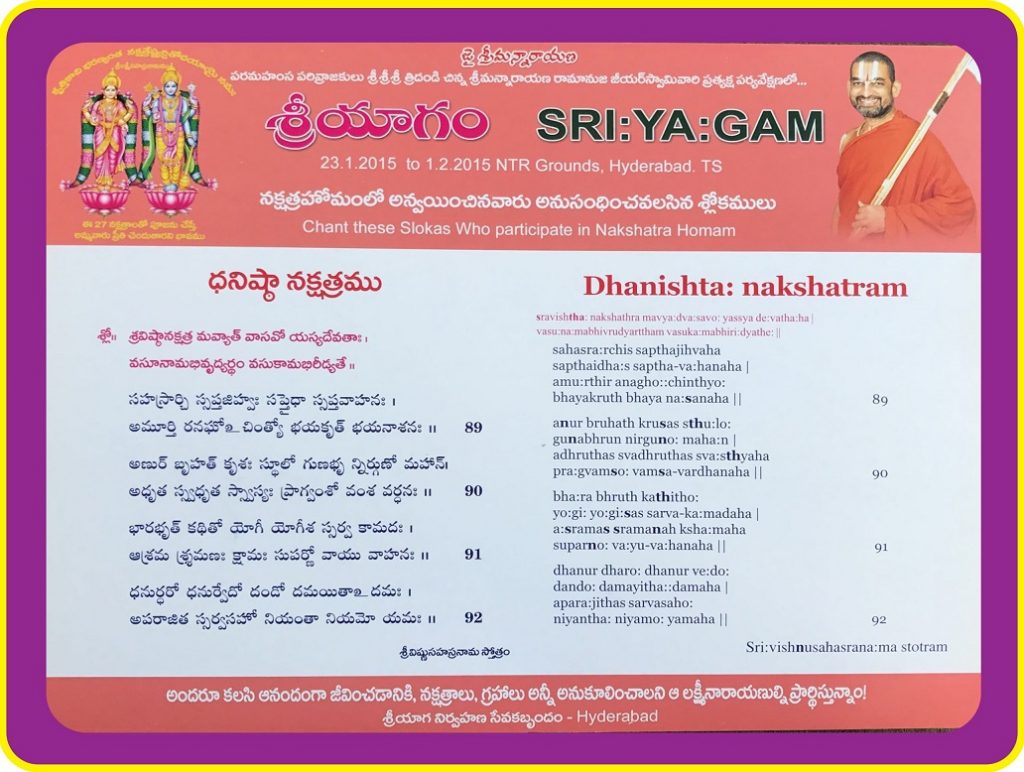 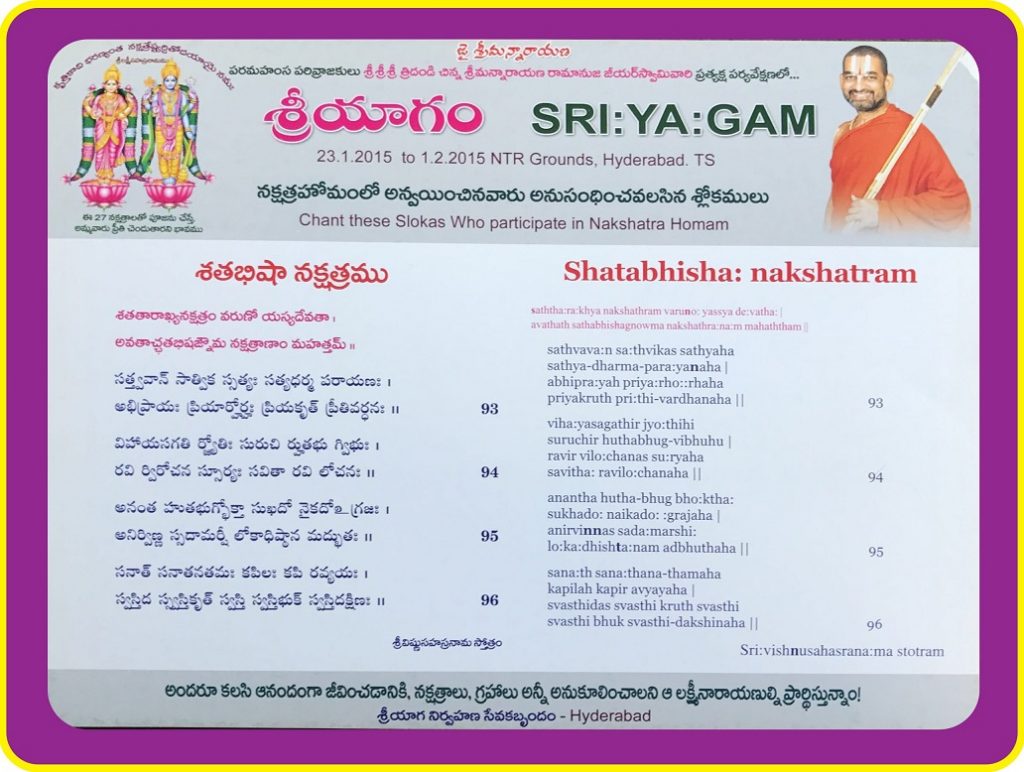 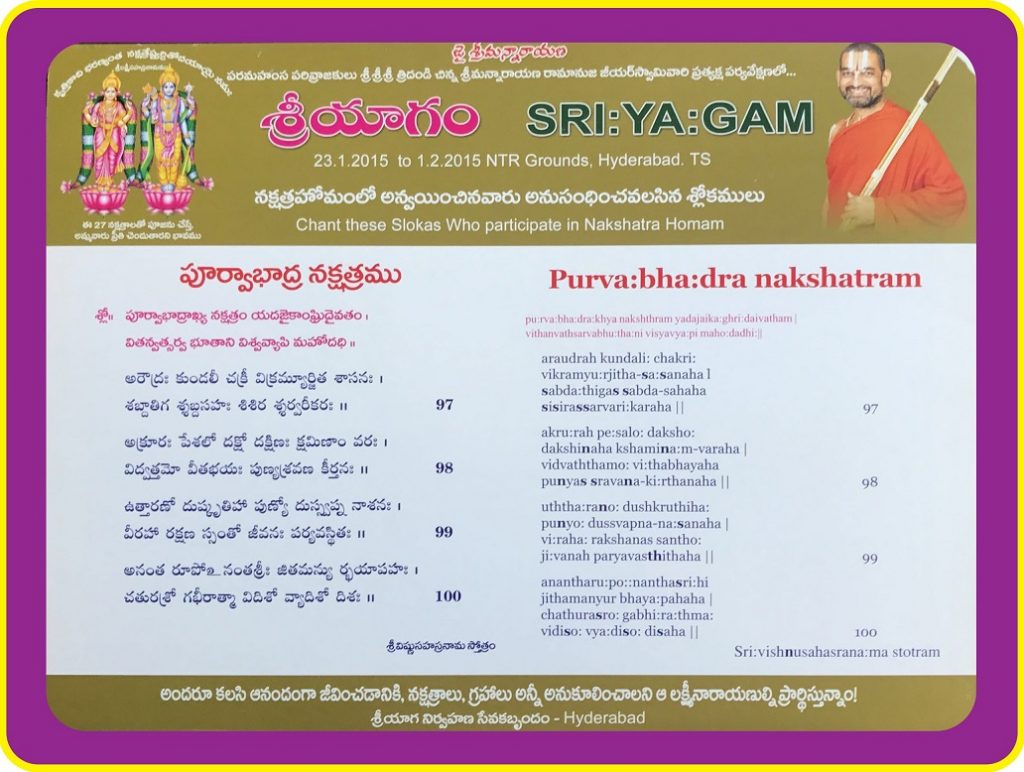 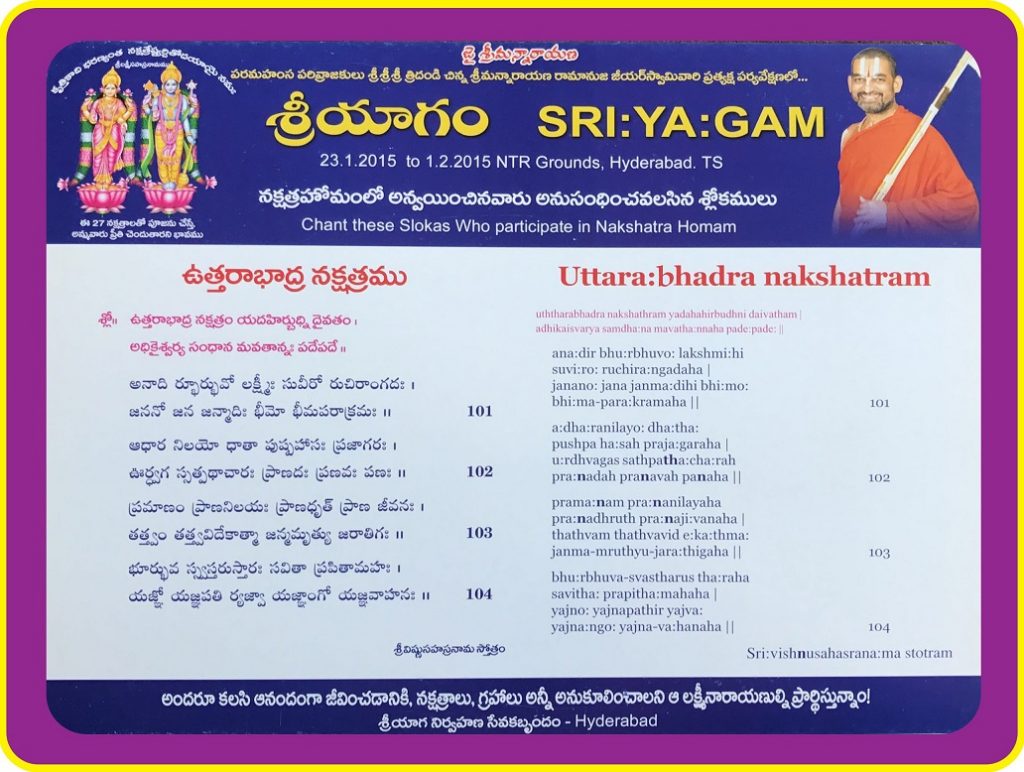 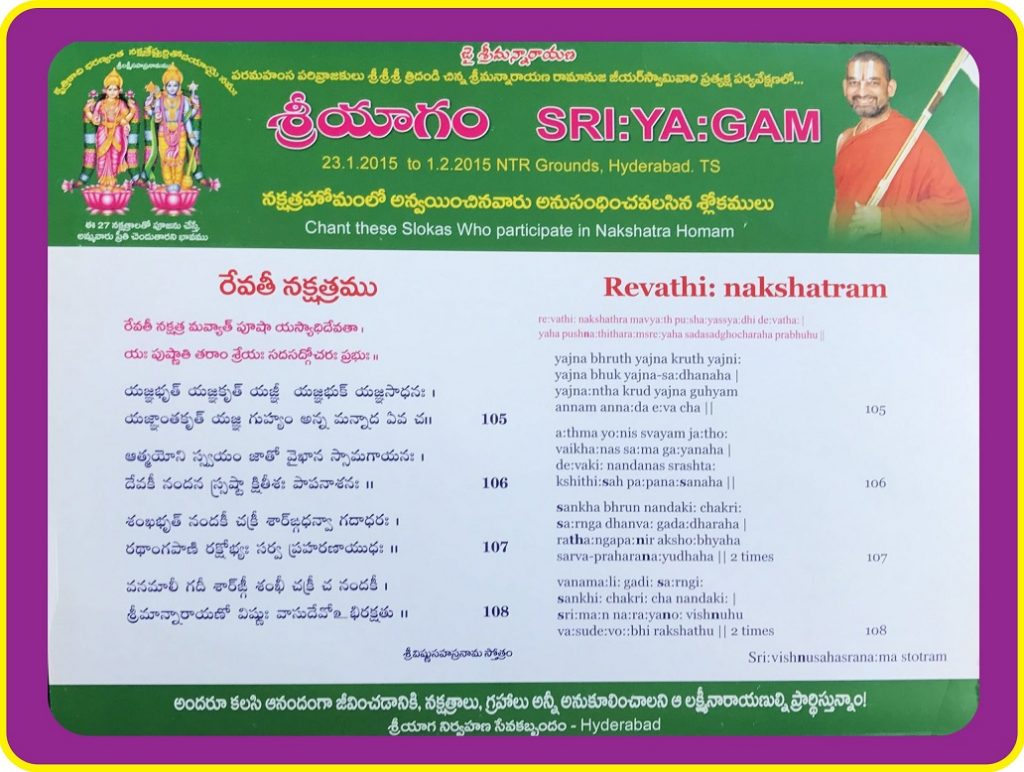