Home / library / How to Medidate 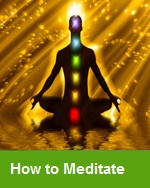 How to Medidate – Training Transcript

Priya Bhagavad Bandhuo!
Today is the 2nd day of our prapanna deeksha program. We are going to celebrate this prapanna deeksha for a year. We can continue this chanting of mantra for our own elevation and for the purpose of strengthening our own will power. You know, prayer is always powerful. People say ‘prayer moves even mountains’. But if it is done with commitment it definitely enriches our energy and enables us to focus on any issue that is given to us.

Which is the supreme most of all mantras?

There are many mantras, which we one can meditate up on. Some mantras possess just verbal power. Some mantras have in depth power within its meaning. Some mantras give a feel of energy. Among mantras that have been revealed in our scriptures, the na:ra:yana maha:mantra is supposed to be the best and the easiest.

Why is “Narayana Mantra” the most Supreme?

As Lord Na:ra:yana is the supreme among all the devata:s, na:ra:yana maha:mantra is the supreme of all the mantras. It is for this reason all the sages and vedas approved and proclaimed this mantra as the greatest mantra. The sages witnessed the greatness of the mantra and said that man has different goals and different fruits to enjoy during the life time and he needs to get something after this life also. Desiring needs is not denied by scriptures. Such needs are called ‘aihalokika’ needs. Some needs are aihalokikam and some are pa:raloukikam. A few people are not interested in acquiring aihalokika pleasures they want something superior to what they see here. Among those superior things, they want to experience certain pleasures and they call it as swargam. Some people want self-realization and they discard other things. It is called kaivalyam. There is one more thing which is called God Realization. This is called Bhagavath Pra:pthi. Self-realization is like a droplet in an ocean of God Realization. For each one of these things, we need to approach some forms of God. Great sages like Veda Vyasa, they clearly mentioned that all the above aihaloukikam, pa:ralokikam, kaivalyam and bhagavath pra:pthi, can be obtained by the ashta:kshari mantra. Narayana mantra is all in one. It can provide the aihaloukika fruits, paraloukika fruits like swargam, self realization and also God realization. Thus it became the supreme mantra not only at verbal level but also at the level of its meaning. All the great souls from different schools of thought viz, advaita, dvaita, visishtadvaita accepted and followed this mantra. Because all those great souls followed, we also chant and follow the mantra, as we need all fruits. That is the reason why Acharyas gave this mantra. An important thing to be remembered is that, while chanting any mantra there is a procedure to be followed, just like we have a procedure to perform a surgery.