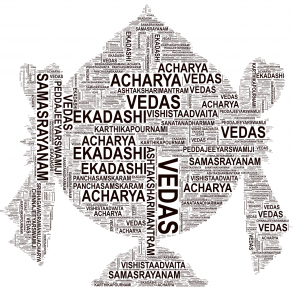 Toli or Sayani Ekadasi is the name given to the Ekadashi observed during the Shukla Paksha (waxing phase of moon) in Ashada Month. The Chaturmasyam deeksha begins from this day. The night time of Devas begins on this day and Lord Vishnu goes to sleep today. The fast is dedicated to Srihari Vishnu. The fast is broken on the Dwadashi day by eating fruits. All the normal fasting rules associated with Ekadashi fasting is observed on Toli Ekadasi day. The day is of great significance to the farming community as they begin to sow seeds after the first rains on Toli Ekadasi day.

The wise always realize and feel the presence of God in their hearts. The 4 months during Chathurma:syam are considered as his resting time because he meditates in Yo:ganidra. Yo:ga means union and Nidra means coming back from regular activity. This Yo:ganidra is for him to focus on finding new ways to protect the Universe. During this period, he identifies several people to implement his plan. Those chosen few become our Gurus.

The Gurus do not move around much to avoid disturbing the Lord residing in their hearts. They stay in one place, starting from a:sha:da pu:rnima for 4 months.

‘Chathur’ means four, ‘masam’ means month. During this period, they bless the fellow citizens and their disciples with divine knowledge that they have accumulated over time.